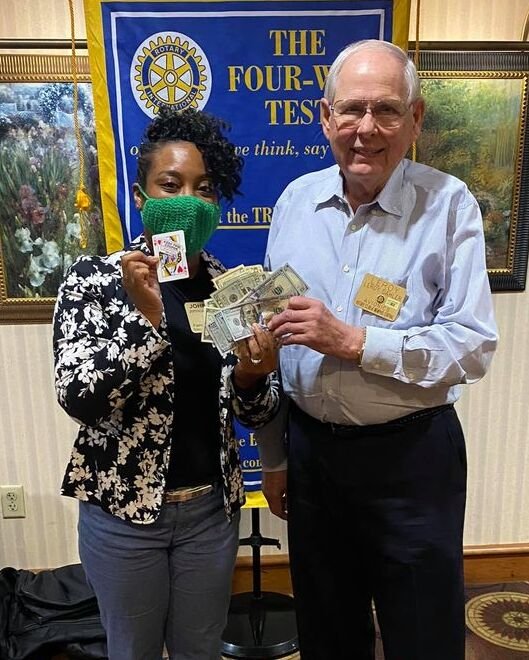 With only three cards left, our illustrious President Johnican Coleman pulled a ticket.  Not only did she pull a ticket.  She pulled her own ticket.  (Uh, really?).  Wait!  There's more . . . 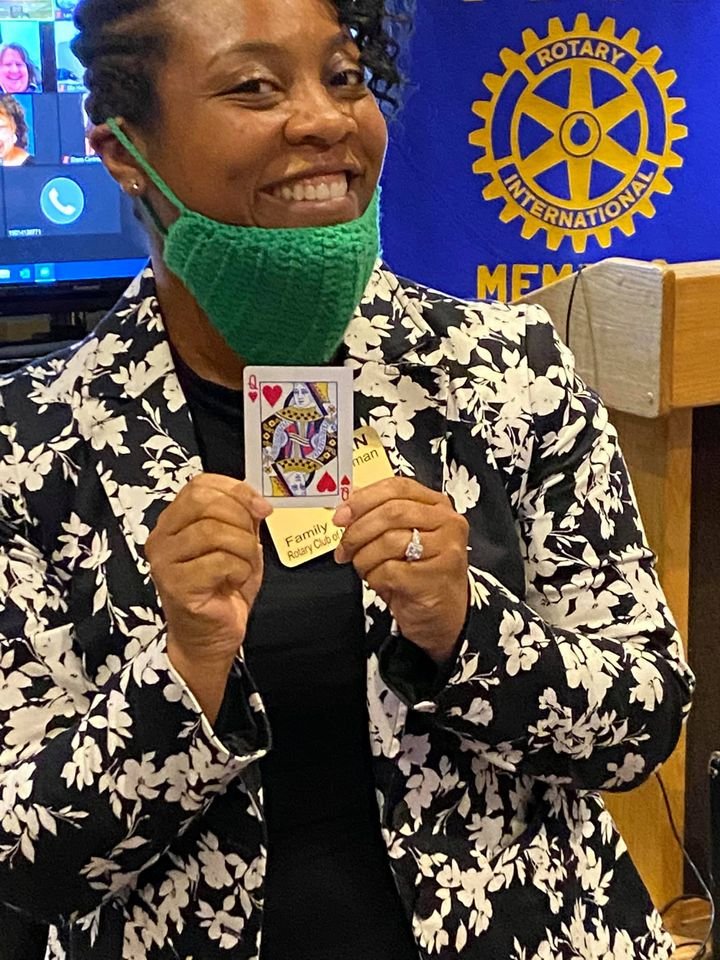 Now, that she has pulled her own ticket, she earned the right to pick a card from the remaining three cards in the deck.  Praying and claiming (she cries), she rubbed her hands together and slowly pulled a card from the deck.  She bends over and screams - holding up the elusive Queen of Hearts!

We all hollered in "fake" excitement, quietly moaning because it wasn't us.  But, no - Leroy wasn't agonizing.  They had an agreement!  If either one of them won, they would split the pot!  That, they did!! 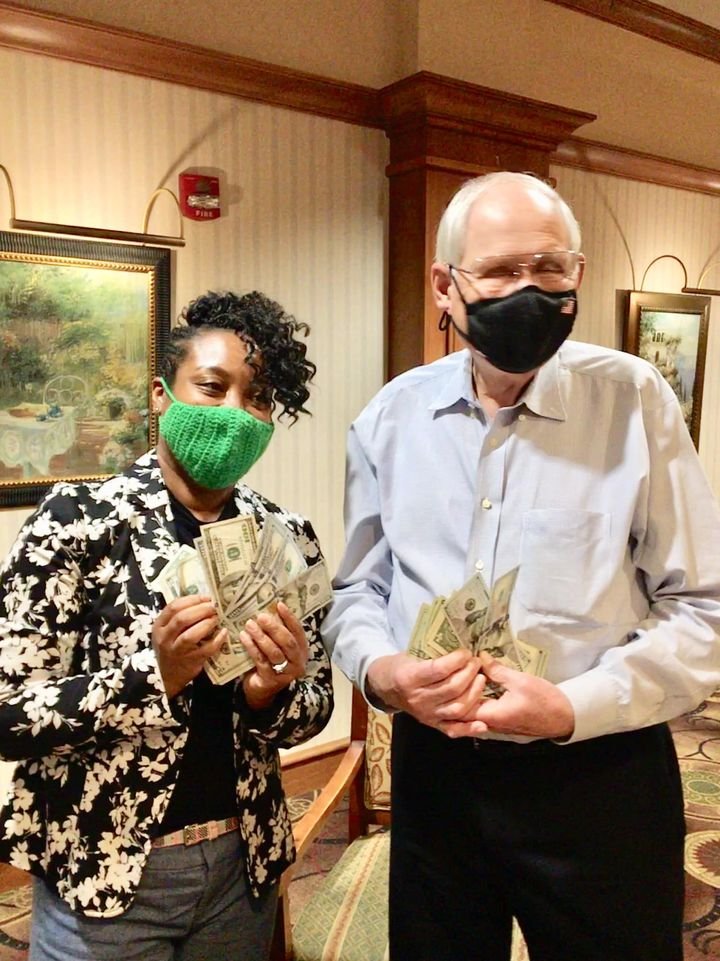 We are excited for you both (for real)!  You guys rock!