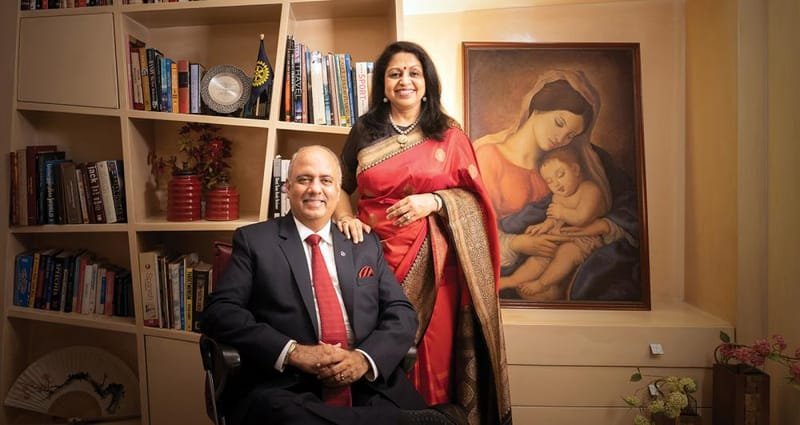 Over the years, I caught glimpses of Shekhar Mehta when he came to One Rotary Center in Evanston, Illinois, for Board of Directors meetings. I met him formally during one of the days of back-to-back meetings with various staff members that every incoming Rotary president participates in. During the session I attended, he was the most relaxed person in the room, despite being the only one suffering from jet lag. He was alert, patient, and asked perceptive questions — not surprising for someone as successful as he is in his professional and philanthropic life. I kept thinking that he was assessing each of us to see how we could be recruited to help him achieve his dreams for Rotary.

I was lucky to have met Shekhar in person back when we could meet in person. We are now well into the second year of the global COVID-19 pandemic, and as I write this, India is in the depths of a tragic outbreak. Rotary has had to make adjustments, but the business of Rotary goes on.

In a normal year, one of the Rotary editors would have traveled to Kolkata, where Shekhar lives with his wife, Rashi. We would have spent time with him, his family members, and his friends and fellow Rotarians, exploring how his upbringing and adulthood in India have shaped his perspective on life and on Rotary. This year, of course, no one was able to travel — so instead, we asked the people who know Shekhar best to tell us about him in their own words.

In the following pages, members of Shekhar’s family, some of his oldest friends, his personal assistant, and his presidential aide share anecdotes and talk about the man they know, in order to help Rotary members everywhere feel that they know him, too. Many of you will, of course, meet him yourselves — virtually, if not in person — over the course of the coming year.

Shekhar Mehta, a member of the Rotary Club of Calcutta-Mahanagar, has been a Rotarian since 1985. He trained as an accountant and founded a real estate development company, Skyline Group, which he also chairs. But his professional title tells only a small part of the story of who he is. He is also a director of the India arm of Operation Eyesight Universal, a Canada-based nonprofit focused on preventing avoidable blindness. He helped establish more than 15 eye hospitals, in several Indian states, that together carry out nearly 50,000 surgeries each year. And he started Saving Little Hearts, a project that has facilitated more than 2,500 heart surgeries for children from India, Pakistan, Bangladesh, Nepal, and some African countries and that is now an India-wide program.

As you’ll read in these pages, he also has been actively involved in disaster relief work. Among other undertakings, he helped build 500 homes in the Andaman and Nicobar Islands after the 2004 Indian Ocean tsunami.

At the International Assembly this year, Shekhar talked about how he and some fellow Rotarians decided to start a local version of ShelterBox, a Rotarian-founded organization based in the UK. “We named it Shelter Kit and put 52 items of daily need in a large trunk,” he told the incoming district governors. “Over the last 15 years, in every major disaster in India, Indian Rotarians have volunteered to bring Shelter Kits to areas struck by disasters.” The program already has served about 75,000 people. Shekhar also served on the ShelterBox board of trustees.

And he is also the architect of the TEACH program, which aims to do nothing less than end illiteracy in India. (You’ll read more about this ambitious program in a future issue.)

Although Shekhar is skilled in the business arts, he prefers to engage his other fluencies. He told me that, after so much studying and reading during his career, he now favors learning by talking to people. He added, “I hate accounting.” It all follows his belief that we would do well to think from our hearts as much as our minds. 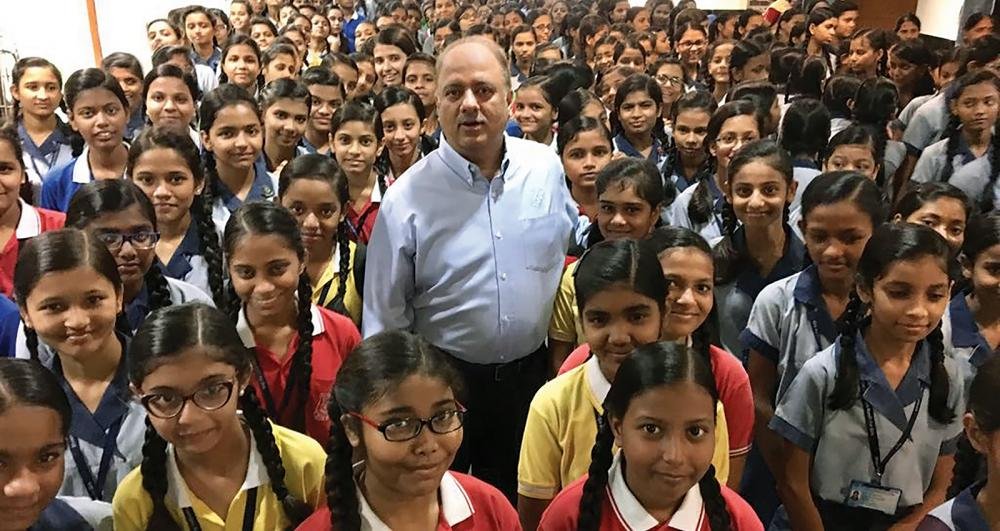 As part of the TEACH program to increase literacy rates in India, Mehta often visits schools that are part of the program, which are known as “Happy Schools.” Rotary members in India have transformed more than 3,000 schools into Happy Schools. The Rotary Club of Calcutta-Mahanagar supports this girls’ school in Kolkata, Bhowanipur Arya Vidya Mandir, with a daily break-fast for more than 1,000 students.